I am a Black, queer, disabled, fat woman. I have a diagnosis of disordered eating. I have been dealing with this since I was 6. My mom pushed her intergenerational fatphobia on me.

It has only been a year and a half since I have really been doing some healing around these issues. I see an eating disorder therapist, a white woman. She focuses on unlearning diet culture and supports intuitive eating. At first, she was helpful, but I soon began to feel that she was not equipped to help me grow in my recovery. First, she gave me numerous resources, but they were all contributed to by white people. She tried a one size fits all strategy with me, with no understanding that I was Black and queer and my experience with fatphobia is not the same as a middle-class white woman. I confronted her about this, and she appeared to take offense. She communicated that there was not that much difference and that her resources and treatment had value.

The therapist later went on to diagnose me with an eating disorder based on the categories in the DSM (The Diagnostic and Statistical Manual of Mental Disorders, a publication by the American Psychiatric Association (APA) for the classification of mental disorders using a common language and standard criteria. It is the main book used for the diagnosis and treatment of mental disorders in the United States and is based mostly on the needs and experiences of white patients. I took exception to the limited scope of the criteria and challenged her to consider what would happen if only Black women were studied to come up with the criteria for an eating disorder. She did not have a response. As far as I am concerned, the DSM is racist and its creators have now admitted as much.

Despite many barriers, I have been educating myself about eating disorders, fatphobia, and its origins, but I am tired of this emotional and mental labor. Why can’t providers be trained to help me and other fat, Black, queer people in a way that is culturally competent?

I have been seeking out support online and in spaces where the intersection of race, sexuality, income, size, and other -isms are addressed. I attend a support group called Eating Disorder Support Group for Black Folks, an eating disorder and body image support group for Black, Indigenous, and People of Color (BIPOC), and a Facebook support group called Fat Fabulous Fridays where we address the ways race and fatphobia collide.

I could not do without these groups. They have saved me and given me a perspective that I would have not gotten anywhere else. I am learning about body liberation and how the system of treatment and intervention is built on a white supremacist, patriarchal, capitalist construct, and reforming it may be impossible. I learned that there are like-minded folks, and we can organize to raise new generations of fat liberationists and antiracists.

I feel therapy should have provided this.

All of this was not about me. It was about racism and fatphobia. It was about white supremacy, patriarchy, exploitation, and capitalism. I was made to feel like I was weak-willed, lazy, gluttonous, stupid, shameful, an economic burden, unhealthy, and anything else you can think of to put another person as less than. Most people do not want to be me. Most do not want to be treated as I am treated and thought of. Most want the ideal. Most want what most cannot have but we do everything in our power to get the ideal. Even if it means nearly killing ourselves and compromising our mental health to achieve it.

After gaining all this knowledge about fatphobia and its insidious roots in every aspect of our society, I went back to my therapist. I wanted to tell her all I had learned and how much it was helping me. She listened to me but did not appear to be aware of what I was sharing. She asked me what I wanted from her. I said, “I need you to learn about all of this so you can be an effective therapist for me and all your eating disorder clients, especially the Black ones.” She immediately stated that she did not have time because of all her specialties to learn about what I was sharing, but she was willing to process with me when I brought this information to her. Here I was again in the “educate my providers” mode. How many times can I say that I am not the provider, you are, and I am paying for you to help me but you are ill-equipped?

I went on to share that I have a lot of negative thoughts about myself when it comes to my weight and appearance and disability, and feel others do too. She said let’s work to challenge those negative thoughts. That statement stopped me short. Here we were again trying to deal with an issue that is more about fatphobia and discrimination than about cognitive behavioral therapy. You cannot heal racism with a breathing exercise.

How can I reframe an issue about body image I am having when the issues are much larger than me? How can I say now I think of myself as acceptable and loveable when society pressures me to not see myself that way? I need treatment in a broader context. I need my therapist to see the full picture, challenge her own training, and meet me where I am on this journey.

I pushed back. She pushed back again and asked what I wanted of her. I said, “I just do not know.” I do not remember anything after that.

I deserve support that addresses my core issues and treats me from a social justice/body liberation lens. I have limited financial options and my insurance leaves me with not many providers to choose from. My support groups are my only connection to address body liberation and unpacking fatphobia that I can currently connect with.

Is my therapist a lost cause? Should I expend my emotional labor to educate her? Should I seek a different provider and start over?

Maybe I already know the answer.

I am at a loss. This should not be so hard. 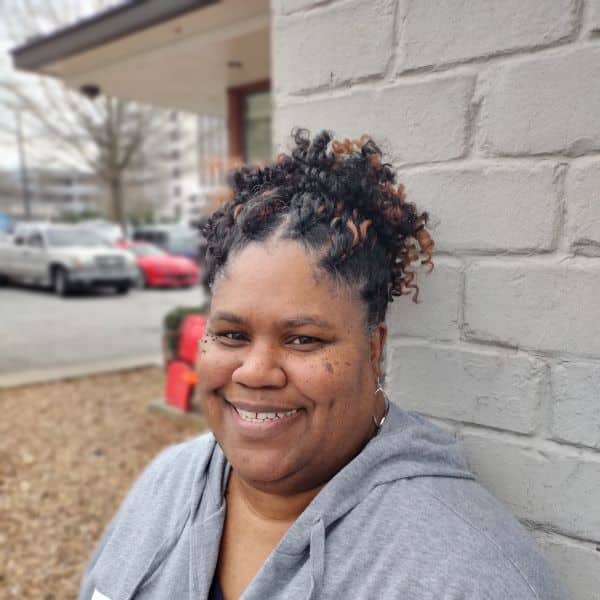 About the author: Alisa Michele

I am a proud Black, lesbian, disabled, fat, feminist, liberal, mentally ill, mother, woman who is constantly fighting for my and your liberation.

Wheelchair Accessories to Pimp Your Ride