Out of all the anxiety disorder symptoms I’ve experienced, intrusive thoughts are definitely the worst. There are many struggles faced by people living with mental illnesses, but this is one I can safely compare to feeling like the equivalent of hell. Part of what made it even worse than it already was, though, was that I didn’t even know it was a mental health issue.

I’ve had intrusive thoughts ever since I was young, and there were things I tried to do to “combat” the thoughts so they wouldn’t bother me. If someone in the house was sick or showing symptoms of an illness that I was afraid to get, I washed my hands constantly, to the point that they were dried out, hard, and cracking. If I had thoughts come into my head of hurting people, I would put away any kitchen knife within my reach. If I thought I was going to hell because I wasn’t religious “enough,” I would profess my faith in God over and over again to combat it.

It was bad enough having these thoughts, but what made them worse was the fact that I thought I believed them. I didn’t know intrusive thoughts were signs of a mental health issue, so I thought all the thoughts I had were my own. I thought I really wanted to hurt people I cared about every time those kinds of thoughts came to mind. I didn’t want to think about these things, but I did, and I couldn’t stop. It was like my brain was a broken record player, and the more I tried to stop it from having the same thoughts, the more frequently the thoughts came.

Thinking you are a bad person and having your mind seemingly confirm it is beyond self-destructive; it can be deadly. I believed I wanted to do awful things, so I thought I was an awful person. This faulty belief led to what I now know was my first major depressive episode, and, subsequently, led to severe suicidal ideation.

I withdrew from people, not just because of depression, but also because of guilt. I couldn’t bear to tell anyone what kind of thoughts were invading my mind, so I kept them to myself. But that made me feel even guiltier, knowing that I was hiding a part of myself that I was sure would come out eventually. It was a never-ending cycle of shame.

But I finally had a moment of clarity. I don’t remember exactly what led up to it, but I do remember thinking that my thoughts weren’t necessarily my own, nor in my control. I considered that I may be experiencing an illness, something that was not completely within my control.

I was still too afraid to talk to anyone about my intrusive thoughts, so I researched several mental health screenings online instead. After taking what seemed like a dozen, I finally found one that said I may be experiencing OCD. Like many people, I thought OCD simply meant that someone was obsessed with cleanliness and order. I didn’t know it was an actual illness, and I didn’t know how insidious the thoughts were that many people with OCD experience. Only through research did I learn what OCD actually was. Only then did I realize that OCD and intrusive thoughts in general were exactly that: mental illnesses that needed professional treatment.

Years later, I thank medication and therapy for bringing me out of the darkness I once lived in. One of the most important things I learned with therapy that I still take with me today is that not every thought reflects your beliefs. Thoughts are often random and come out of nowhere, but that doesn’t mean you have to entertain every thought you have. And though it is difficult to ignore them when you have an anxiety disorder, it is possible to overcome the insurmountable responsibility you assign yourself to every thought you have that is not necessarily your own.

Intrusive thoughts have brought me much shame, but knowing that I was not responsible for every thought I had lifted so much weight off of me. I hope that by sharing my experience, I can help someone else out there know that they’re not alone, and that they deserve help so they can truly live their lives.

If you’re struggling with intrusive thoughts or suicidal thoughts, you’re not alone. If you need crisis support in the USA, call 988, or consult this list of mental health hotlines to find the help you need in your country. 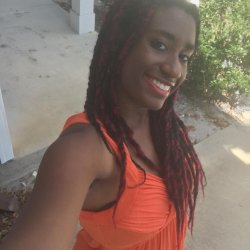 About the author: Fairley Lloyd
Fairley Lloyd is a bisexual writer and editor passionate about mental health education and accessibility. She earned her BFA in creative writing from the University of North Carolina Wilmington. Her work appears in The Mighty, Thought Catalog, Spoonie Magazine, and elsewhere. You can find her sporadically on Twitter (@fairleylloyd) and Instagram (@fairleywords).
SaveSavedRemoved 0

Why I Don't Call Surviving Stage 4 Childhood Cancer a Miracle

How to Survive Survivor’s Guilt

@peepso_user_177(WheelieGood)
Oh how I relate. I didn’t know it was a meant health illness either. Then my mother saw a program in TV where people were sharing their experiences. I didn’t know OCD could be intrusive thoughts without the traditional compulsive behaviours. Mum taught me we can’t control our thoughts only what we do with them. It was then I learned I’m not doing anything wrong. I do love my family and no I didn’t want to hurt anyone. I’m now in control thanks to her. I’m so grateful because therapists didn’t pick it.
3 weeks ago 3 weeks ago
1 person likes this