How to Stop Ruminating and Free Yourself From Repetitive Thoughts

Have you ever had a negative thought stuck in your head and playing endlessly on repeat? It’s called rumination, and it’s profoundly detrimental to your mental health. Not only does ruminating make things like depression or anxiety much worse, it even raises cortisol levels above what is healthy and makes it harder for you to recover from stressful situations. Stopping rumination can help you avoid those ill effects and give you your mind back.

There are a lot of techniques for stopping rumination — distraction, mindfulness, writing things down, and many others. One of them talking back to the thoughts you’re having. Here are three things you can say to yourself to break the cycle and stop ruminating.

To stop ruminating about what-ifs, reassure yourself: “That’s not going to happen.”

A lot of rumination involves hashing through worst-case scenarios. That job interview is going to result in being told all the ways you don’t qualify in excruciating detail. That date will end with you being laughed out of the restaurant. You’re going to wreck your beautiful new car the minute you get out on the highway. And so on. Rumination can even have you fretting about outlandish notions like alien invasions or zombie uprisings.

When you find your brain has gone into a ruminating spiral, tell yourself, “That’s not going to happen.” This will take care of the obviously non-reality-based obsessions very easily. For the things that are marginally more plausible, like the job interview you’re actually going to have, or the date you’re actually planning to go to, remember that it’s not going to happen the way you’re imagining it. Indeed, there’s a very good chance that the visions you have in your head about what might happen are every bit as unlikely as an alien invasion. You’ll know what will happen when it happens. Rumination doesn’t really do any sort of a good job at preparing you for it. You can even add on to the phrase to hold off on plotting courses of action by saying to yourself “That’s not going to happen, so there’s no point in rehearsing it.”

When your ruminating mind goes over things that happened in the past, you can’t exactly say that it’s not going to happen. However, you can say…

To stop ruminating about the past, remind yourself, “That’s not how it happened.”

Rumination can gnaw on the past as well as the future. If the incident is particularly upsetting, it will get ground through the mental gears more thoroughly. One way out is to push back and say “That’s not how it happened.” Because, quite often, it isn’t. Many times, the past will be revised in the process of remembering, such as rewriting all the conversations you had to include the things you should have said, or making the post-case scenario into more of a worst-case scenario. But the resultant thought pattern isn’t the truth—it’s zombie-uprising-level fiction.

Saying “That’s not how it happened” serves as a course correction that can steer you out of rumination and into better thought patterns. It hushes the mental arguments you have with the physical person you were just arguing with, and stops you from rewriting the past into something worse.

It can be tricky to use at times, though. Sometimes when you use this, your brain goes from brooding over things that didn’t happen to sticking to the way things actually did happen. It’s a bit of an improvement, but not enough of one.

If you’re ruminating about what did happen, there’s one more phrase you can use… “It’s over, and I can’t change it.”

Rumination often latches onto things you did and said, and torments you with them. One of the best ways to lift the burdens of the past is to accept things utterly. We can reframe the way we look at the past, we can always learn from the past, but we can never change the past. (Being able to do so is right up there with alien invasions and zombie uprisings in the realms of possibility.)

“It’s over, and I can’t change it” might seem to be a dispiriting thing to say, but it’s actually quite liberating. If you don’t acknowledge it, you can find the idea lurking in the back of your mind that there is, somehow, something you can and should do about it. Acknowledging the unchangeability of the past allows you to put that burden down to rest. Once you’ve declared something over, it’s much easier to block yourself from ruminating on it.

The main point of any of these phrases is to let go of whatever you’re ruminating about. The first step is to halt the cycling of the thought; the second is to drop it like a rock. When you’re first getting the hang of this technique, it may need a few applications before it takes. Just persist. Over time, you’ll get to the point where those phrases have the authority to shut down any possible rumination before it even gets started. They’re handy things to have in your mental health bag of tricks. Give them a try next time your brain gets stuck in that spiral.

Books to Help You Stop Ruminating

It can be hard to stop ruminating. Our brains get stuck in patterns and habits that are hard to break. If you need more help breaking the cycle of overthinking and negative thoughts that keeps you from moving forward and overcoming anxiety, try these books, recommended by The Ability Toolbox staff.

As an Amazon associate, we earn from qualifying purchases. 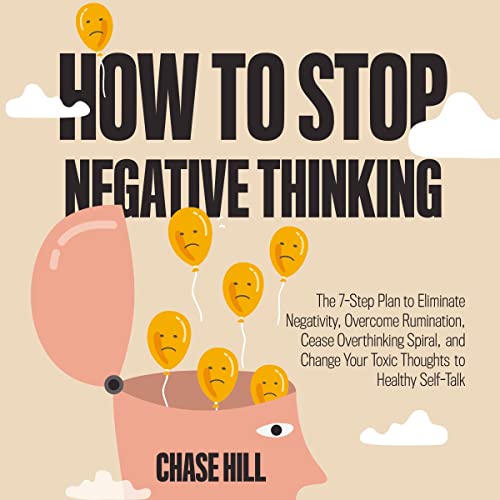 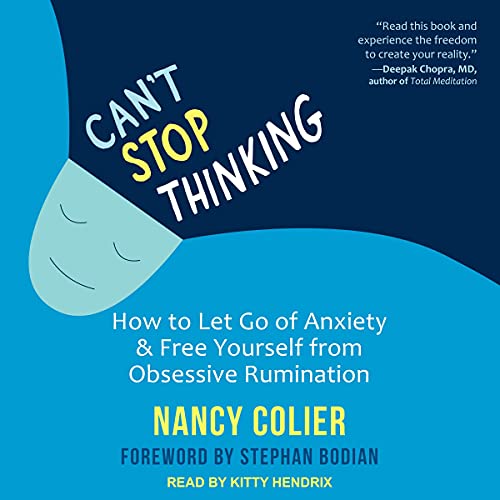 Can't Stop Thinking: How to Let Go of Anxiety and Free Yourself from Obsessive Rumination 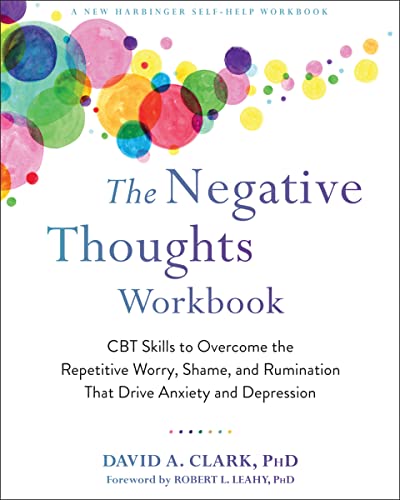 The Negative Thoughts Workbook: CBT Skills to Overcome the Repetitive Worry, Shame, and Rumination That Drive Anxiety and Depression

Show Me This
Amazon.com

Photo by Christopher Ott on Unsplash 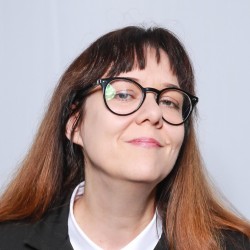 About the author: SheilaOShea
Tell us something about yourself.
SaveSavedRemoved 0